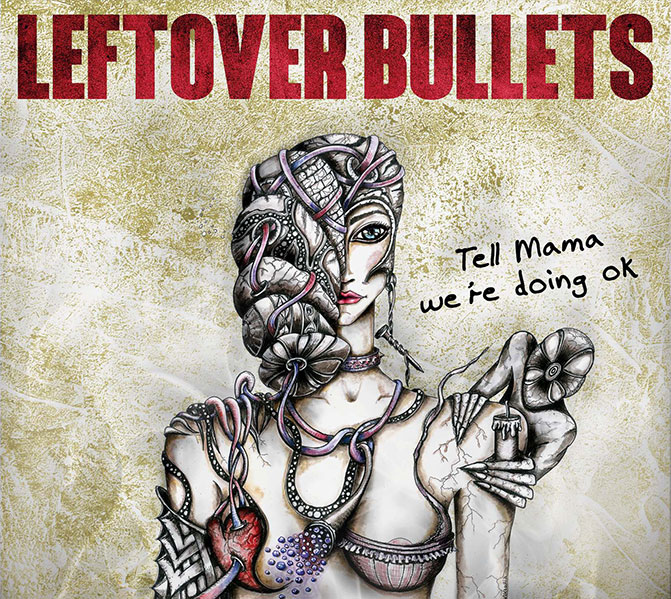 “traditional 80s-90s hard rock sound, with a twist.”
I was surprised at the mailbox one afternoon, pulling out envelopes, when I saw the familiar Leftover Bullets logo. I remember working their debut release “Virtue and Vice” last year (still have ~Might Be Miles~ in heavy rotation), and although I knew they were working on a new one, I hadn’t specifically spoken to anyone about it. I was surprised to see the CD because I don’t have my address posted. I only do one review a week, it is a real review, and I put a lot of time into each one, so I want to talk to someone before I agree to write. I don’t listen once or twice and give the standard “anthemic riffs, and bone crushing grooves” writeup that tells you nothing more than the author had the album thrown at him and was told to put down 100 words by the end of the day. For it to show up here unannounced means they found some value in the work I did last time, saved my address, and wanted to give me a shot at this one too. I appreciate that kind of sentiment more than you know, and since I had already approved of the first, I had a feeling this second one would be just as good; lets get into it.
Out of Greece, formed in 2013, these guys have a traditional 80s-90s hard rock sound, with a twist. Most of the songs, like ~Wasted Silence~ and ~Really Not There~, have a driving distorted rhythm guitar that you would hear in the better Def Leppard, GNR, Ratt and Dokken songs. Besides that rhythm sound, all the axe tricks you could hope for are also there. From the squealing and squelching in ~Confused~ to the feedback-to-chug in ~Free Speech For Sale~ , Vasilis and Cargo present you all the evidence you need to figure out that they both know how to exercise their strings. Cargo is listed as lead, and that boy can straight rip. There are solos sprinkled all throughout this record that would make any of the guitar heroes from back in the day jealous. ~Really Not There~ for example, opens with a screeeeeam that is woven though the background of the whole tune. The only time it pretends to settle down is during that solo, which is nothing short of blistering. It starts deep, builds a little, and then just explodes like Slash did on Welcome to the Jungle; it’s masterful. ~Sleazy Vibrations~ opens with some fancy tapping and greasy rhythm that conjure those same types of images, albeit using a different set of tools, but both bring on the nostalgia.
Not just an album full of rippers, songs such as ~Trailles Smile~ and ~It’s Alright~ are a bit slower. Both remind me of those old style power ballads while also introducing some acoustic bluesy string play reminiscent of the later Cinderella records. ~Till Next Time~ starts with a slower feel before exploding and is one that reminds me of early Dokken when he still had George Lynch on stage with him.
Not to be left out, the rhythm section of this band is as solid as they come, and songs like ~Nancy~ let them shine. The catchy drummy opening gives George the spotlight and he tricks and sticks the whole way along. Dimitris (bass), although subtle most of the time, leaves his fingerprints on every song. More bands are paying attention to the low end of the sound spectrum on these new records, and besides giving the drummer and bass player their due, it truly makes the entire sound of the record better IMO.
I saved Vogio (vocals) last for a reason. These songs are all sung in English, but his accent spices it up and gives the music a unique sound; the “twist” I referred to above. Kind of like Poulsen does in Volbeat, every song here sounds like no one else. Vogio has a raspy voice that he likes to break in and out of lyrics with, unlike Poulsen’s sharp and clean (mostly) sound, but the effect is the same in that halfway through the first lyric of any song, I know it’s a Leftover Bullets tune. He gets a little screamy when he wants, and he can slow it down and croon if he wants, which is to say nothing more than he can do it all. I find him more natural on the fast paced songs than on the slower ones. I don’t know exactly why, it just sounds to me like he enjoys the faster tunes more, they seem to roll off his tongue easier, but that’s just my opinion. He even gets a little rappy in ~Nancy~ which makes it stand apart from the other songs a little, but it is nothing if still not immediately identifiable LB music.

Like a lot of those 90s rock bands, these guys also vary up the subject matter of their tunes with everything from songs about drinking and being left lonely, personal regrets, a little politics (as I interpret it) to straight up anger at times. Be it fun times, sad times, emotion, or opinion, they are not afraid to write about anything apparently, and isn’t that what an artist should be doing? So what we end up with is a new record, that reminds me of many of my favorite older records. I said in my opener I had little doubt this second attempt would be as good as their first, but I was rong; it is better. Nothing I could put my finger on at first, until I listened to both in tandem, and then it hit me. Besides being a little more smooth, a little more practiced, the overall sound production of this record seems to be better. Recorded at

, the boys at Sold Out Music and Final Touch should really take a bow; this is an excellent production from start to finish. I am a CD guy, and LB does an excellent job with their physical product, right down to the recognizable cover art styling and cd packaging itself. I compared that first album cover to some of the artwork inside the GNR records, and I have to think they have an artist they like to use, because this cover looks to be from that same artist, if not the same collection. Bottom line, if you liked that first LB record, you are going to love this one. If you like those 80s/90s bands I listed above, these guys have something for you, so get over and see what they have for you.

https://leftoverbullets.bandcamp.com/
Also want to do a giveaway today, so check out the merch bundle in the post above. Everyone who LIKES/SHARES/ and comments LEFTOVER BULLETS on this post will have their name entered for the drawing. 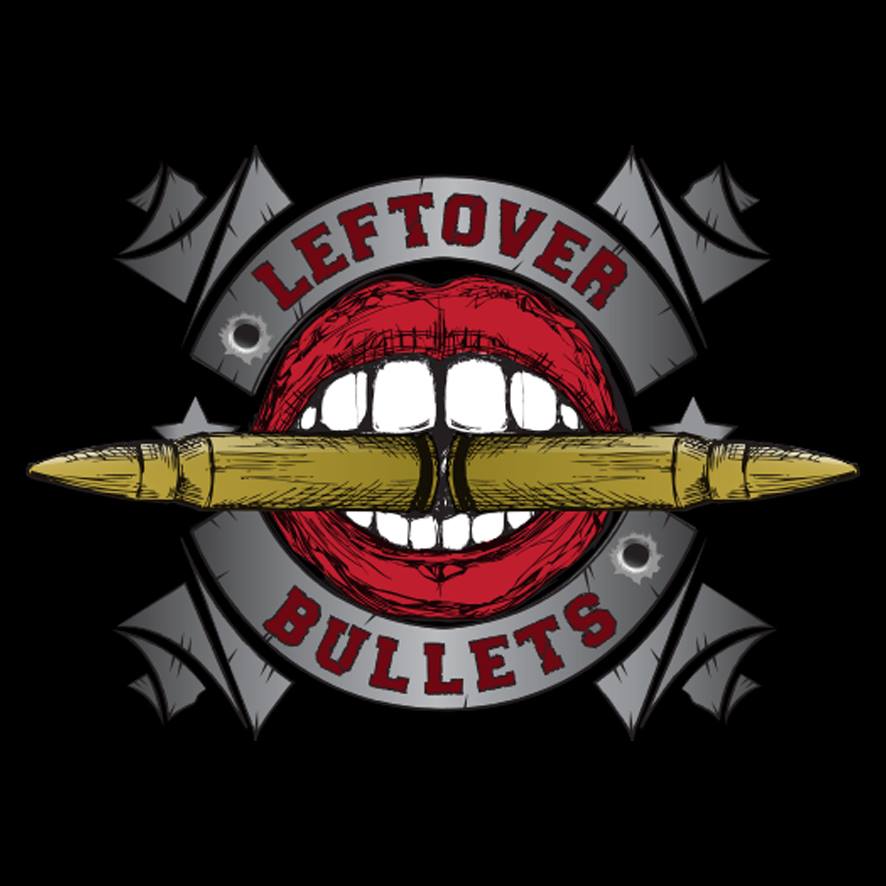